Sumac family, its foliage layout is similar to staghorn sumac. The leaves grow in groups of 7 to 13 per stem. These leaves are tip shaped with a smooth texture (unlike staghorn sumac), and remind also laurel leaves. Its distinctive characteristic is clearly visible under the foliage: the leaf stem (petiole) is red. Each leaflet is about 3 to 4 inches (7.5 to 10 cm) long and 1 to 2 inches wide (2.5 to 5 cm). The complete leaf, consisting the group of leaflets, can reach up to 16 inches (40 cm) in length.

The poison sumac is a small tree that can reach 16 feet (5 m) high in the south, but it rarely exceeds 10 feet (3 m) in the northern United States and in Canada. The trunk diameter can reach 4 inches (10 cm). Unlike staghorn sumac, there is no hair on the stems. The stems can also be red, in spring and early summer.

The flowers are small and discreet, like poison ivy flowers. The flowers in clusters, at the base of the stems, are pale, yellow green. These flowers are very small, often only half an inch (1 cm) in diameter and appear all throughout spring (April – May). The fruit is small, round, striped (like a pumpkin), and yellowish or greenish. Its diameter is about 0,375 inch (1 cm). The fruits, like poison oak and poison ivy, come in drupes near the flowers, at the base of the stems and appear in late summer.

This vigorous plant is propagated by its seeds, located within fruit. The fruit can drop near the plant or birds can eat the fruit and expel the seeds later in their droppings. Another plant can then push into this place, if the germination is done correctly. Also, the plant spreads using its horizontal rootstocks (rhizomes), which are stem tissue. A root system can cover several feet in diameter.

In the United States, we can find it from the Mississipi to the Atlantic coast. In Canada, we can meet that shrub in the extreme southern areas of Québec (Montérégie and Outaouais), the southern half of Ontario and the southern tip of Nova Scotia. Fortunately, this shrub is not as common as poison ivy because it prefers moist, fresh and acid open places, such as marsh and pond edges.

Botanical name: Rhus typhina.
This shrub is in the Anacardiaceae family like our five toxicodendrons but in the Rhus genus. The form of the shrub, the leaflets’ form and design on the stem are reminiscent of  poison sumac. Thankfully, the typical big red velvet flower  reveals we are not looking at poison sumac. Staghorn sumac is common in all the northeastern United States.

More about Elderberry (American and Red):

With the data you enter here we can provide you with interesting news for your projects. Read our Privacy Policy to learn how we protect your data. 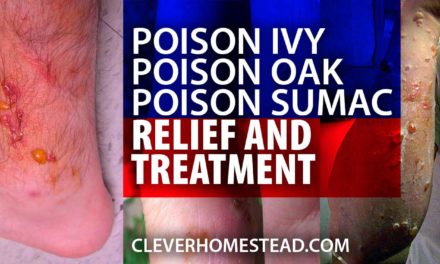 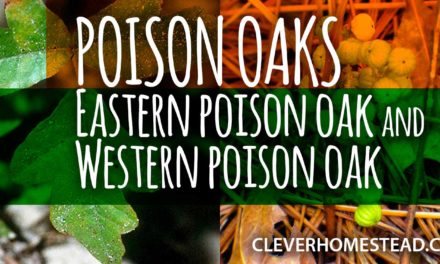 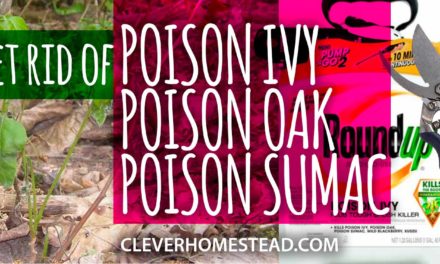 How to GET RID OF POISON IVY, Poison oak and Poison sumac?

With the data you enter here we can provide you with relevant information. Read our Privacy Policy to learn how we protect your data.

What are you interested in?
Total Votes: 5
Voters: 3
×
You or your IP had already vote.

Posts in this section

With the data you enter here we can provide you with relevant information. Read our Privacy Policy to learn how we protect your data.

We use cookies to ensure that we give you the best experience on our website. If you continue to use this site we will assume that you are happy with it.OKPrivacy policy